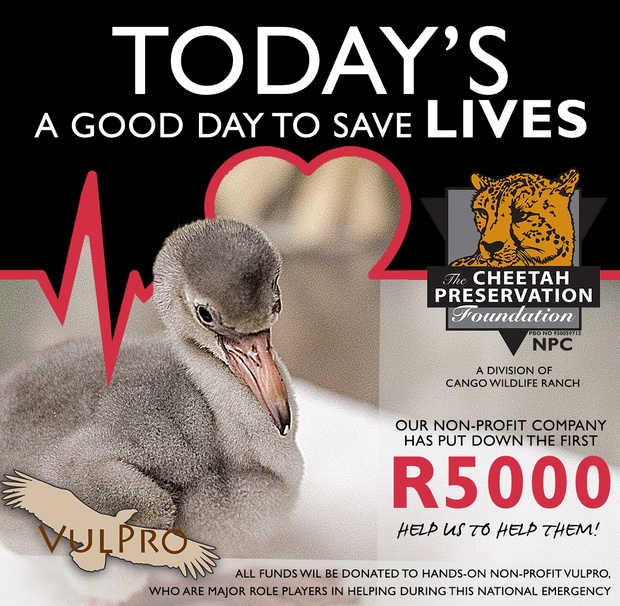 ‘The parents were not able to feed and protect the chicks as they normally would. It’s actually a big problem as the water level is dropping every day,’ says Craig van Rensburg, an administrator of community organization Saam Staan Kimberley. This left thousands of defenseless flamingo chicks without hope.

Though nature has always been about survival of the fittest, we could not stand by as our wildlife weakens due to what we as a human race can prevent – and South Africans countrywide felt the same! Compassion and support came streaming in from everywhere!

The Cheetah Preservation Foundation decided to donate the first R5000 to assist in helping these babies survive. In total, thanks to amazing members and followers, we managed to raise a total of R12000!

Where did it go?

R 5000 went to SANCCOB & R 7000 to VulPro who were involved in the care of many of these flamingo chicks.

Thank you so much for helping us to help THEM!

To become involved in future fundraisers or as a member, contact Carmen, manager for The Cheetah Preservation Foundation on [email protected]