The Cheetah Guys: Cycling for a Cause 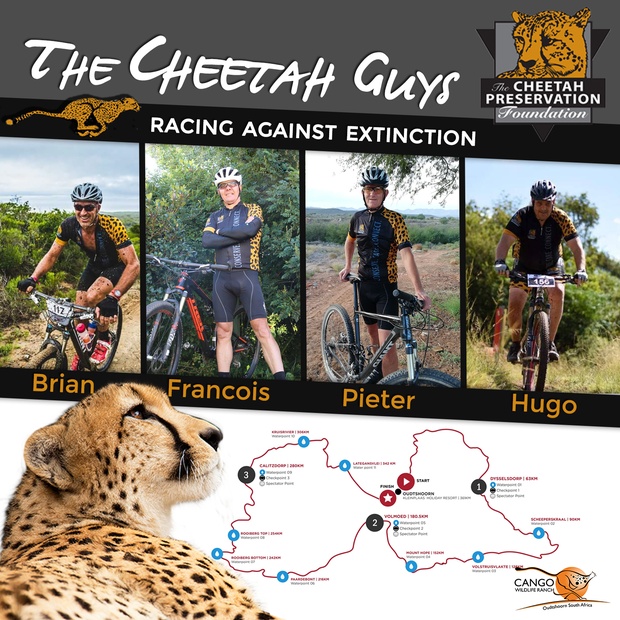 This year, the non-profit Cheetah Preservation Foundation (CPF) will be joining forces with Dryland Events Management for the 3rd consecutive 36ONE MTB Challenge from 17 – 19 May 2019.

Representing the world’s fastest land mammal, the goal is to raise awareness & funds to help win the race against extinction

Hugo took part in 2017 and finished this grueling race in 25 hours in honor of the Ranch's 30 year anniversary, and again last year to celebrate The Cheetah Preservation Foundation as a registered non-profit organization.

The 36ONE MTB Challenge is an endurance mountain bike challenge done over 361 kilometers through a strenuous terrain over day and night. The relay team has committed to this challenge again this year to raise awareness and funds for The Cheetah Preservation Foundation (approximately 90 km per rider).

Why are we worried

Dozens of species face extinction across the world, and many more are increasingly vulnerable and threatened, which is what our non-profit tirelessly fights to change.

Funds generated from this specific event will be used towards constructing more cheetah camps at our Jill Bryden-Fayers Private Cheetah Reserve. A portion of the funds will be for specifically nominated in-situ conservation programs such as Madagascar Fauna & Flora Group and Vulpro. 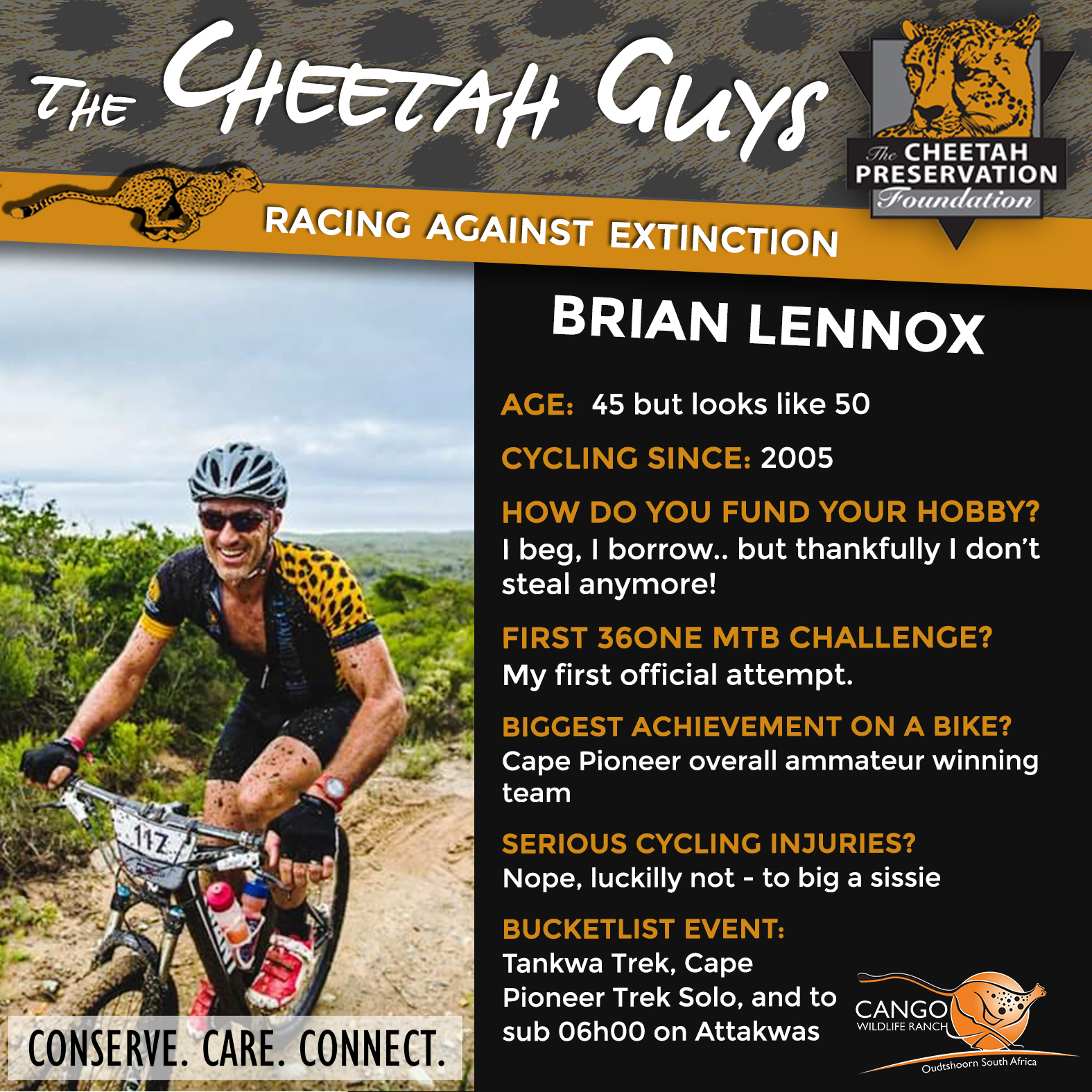 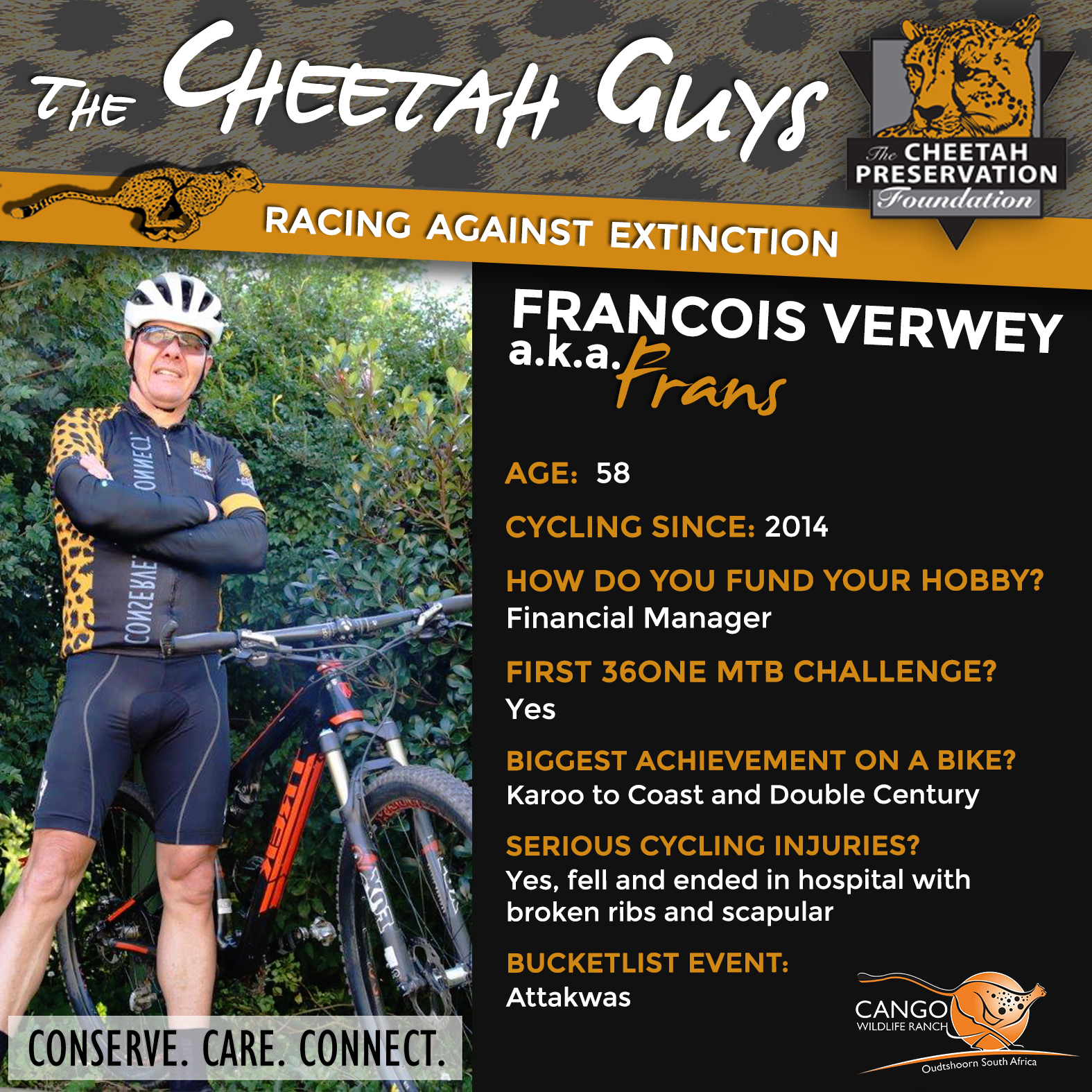 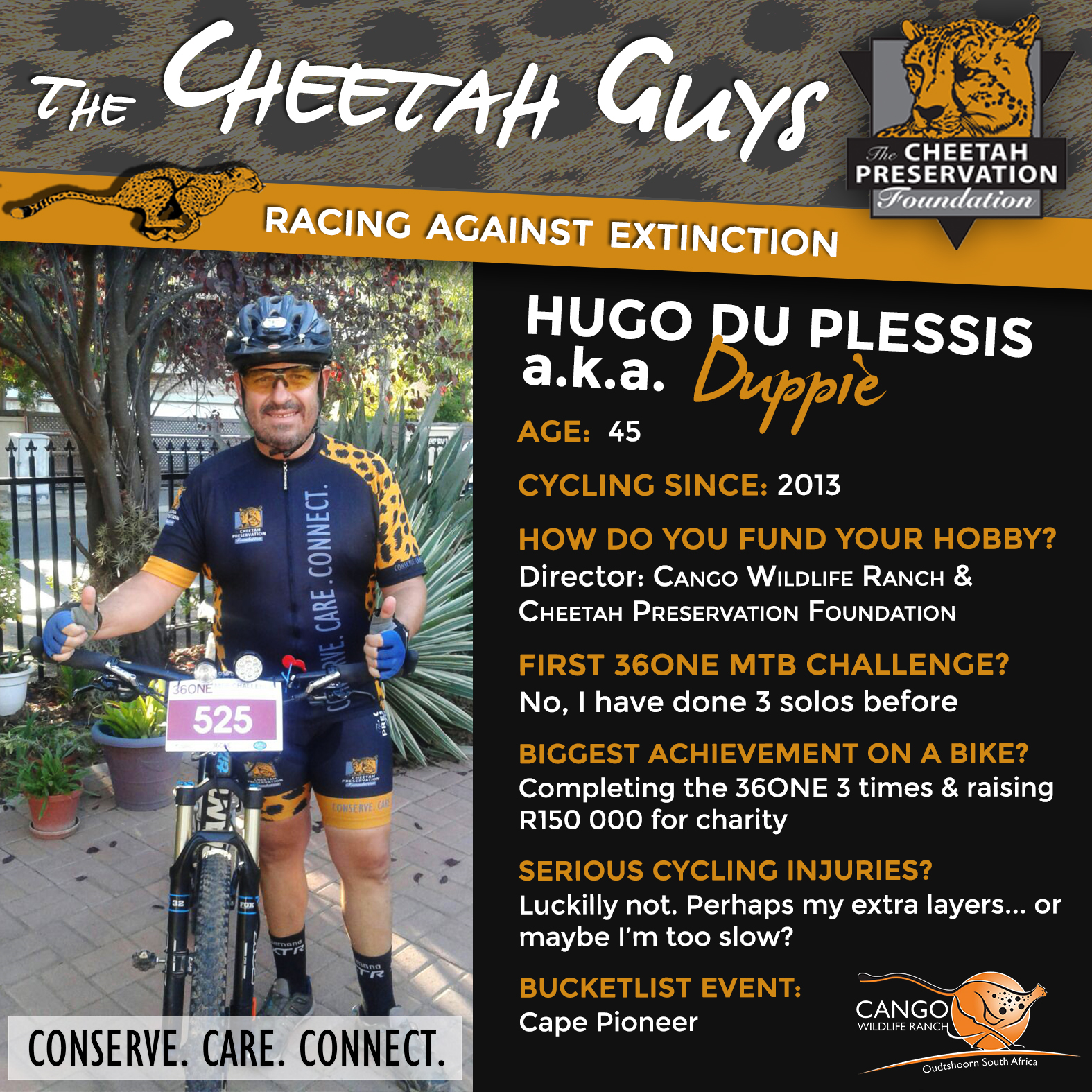 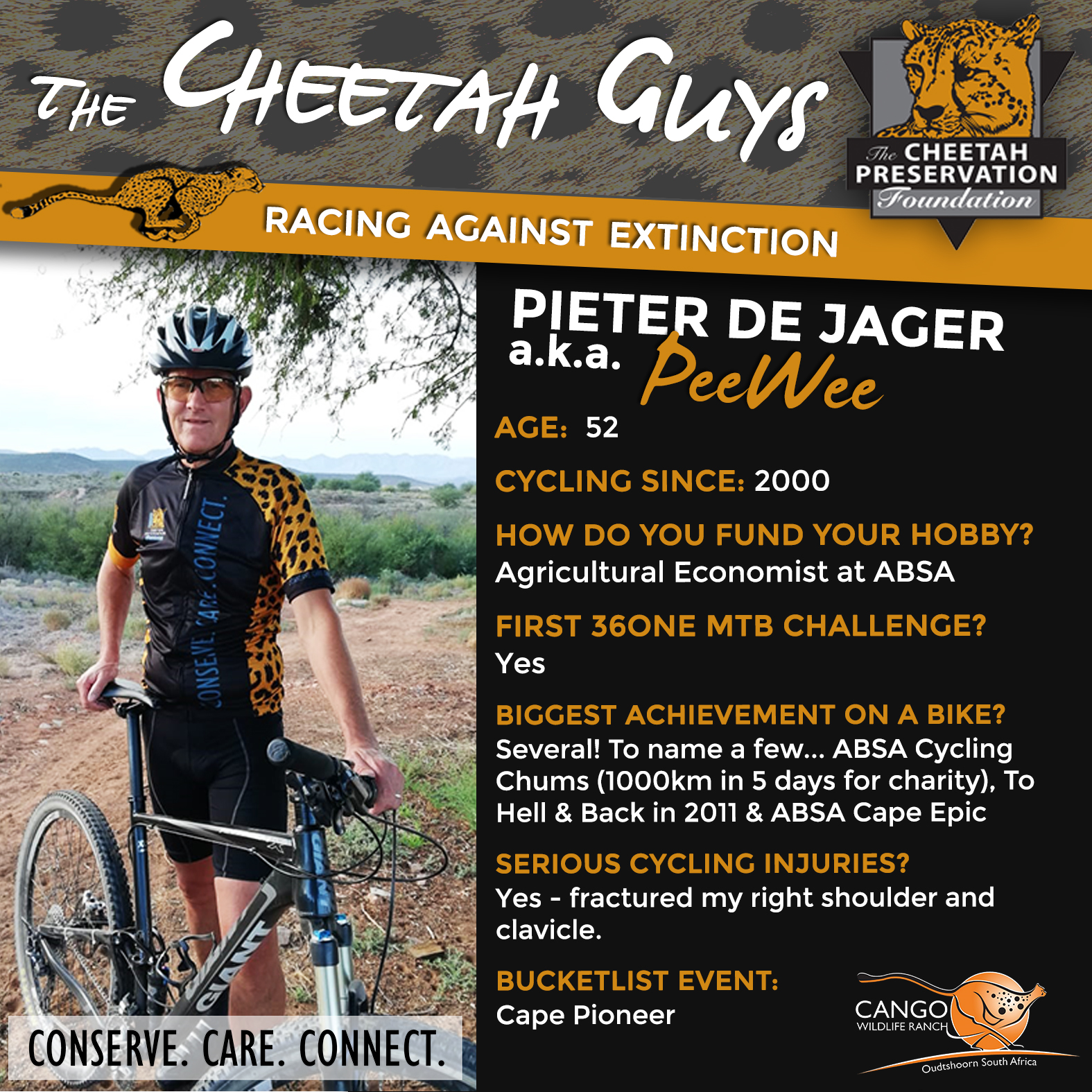 Help us to Help them! 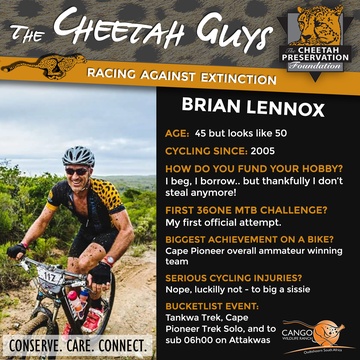 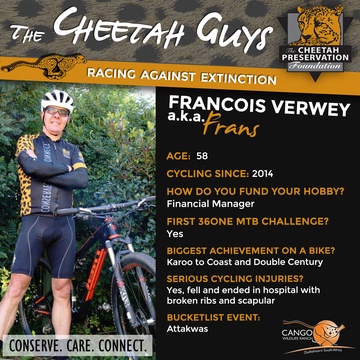 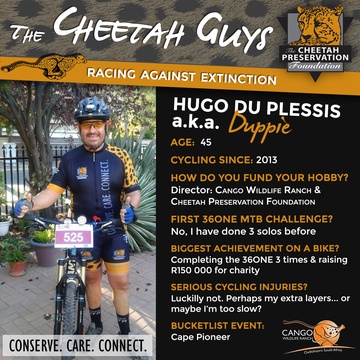 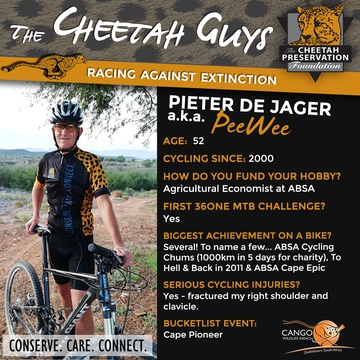