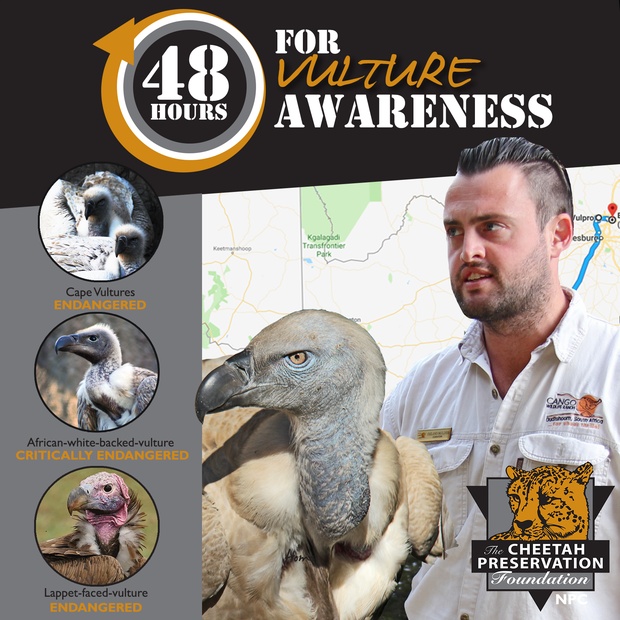 A visit to Cango Wildlife Ranch would be incomplete without seeing our 4 Cape Vultures. Our two males and two females have formed part of our education program for the past 12 years – teaching thousands of visitors about the phenomenal impact vultures have on our eco-system and how they can help save them.

Our vultures are in the caring hands of Delano Mulder, our Mammal and Bird Zookeeper. As a facility we are blessed to have staff who work so tirelessly towards the care of the species we house but the vultures specifically have a very special place in Delano’s heart. “Its hard to see how these birds still have such a negative stigma attached to them. Everyday they amaze me… and yet I’m further amazed by the lack of understanding and compassion towards them. We need to fight for these species.”

An important shift is happening at Cango Wildlife Ranch over the next month; one that has an amazing conservation and education impact. Our two male vultures will be relocated to the Vulpro at Hartebeespoortdam. Vulpro is an incredible and dedicated non-profit organization which focuses on the conservation of vultures. Our boys will be incorporated in VulPro’s successful breeding program; contributing towards the population management of the declining species. It is estimated that there are only 4700 breeding pairs left worldwide. In addition, they will be earmarked for release should their rehabilitation process be successful!

The great news doesn’t stop there! Due to us having available space upon our boys’ departure, we are adopting two new family members to join our extensive education program. On the same journey we are picking up a Critically Endangered African-white-backed Vulture, as well as an Endangered Lappet-faced Vulture who will serve as educators and ambassadors for their species. Better news would be hard to find for a facility such as ours; we are so proud to be a part of both initiatives, which will become a reality next week!

As with any project, we are faced with looming expenses. We are therefore raising funds for the 2500km journey ahead. Moving animals from A to B in a safe and responsible way is no easy, or cheap feat! In order to get involved, you can donate to our Cheetah Preservation Foundation (Section 18A Non-profit) which is raising funds for the great treks ahead. 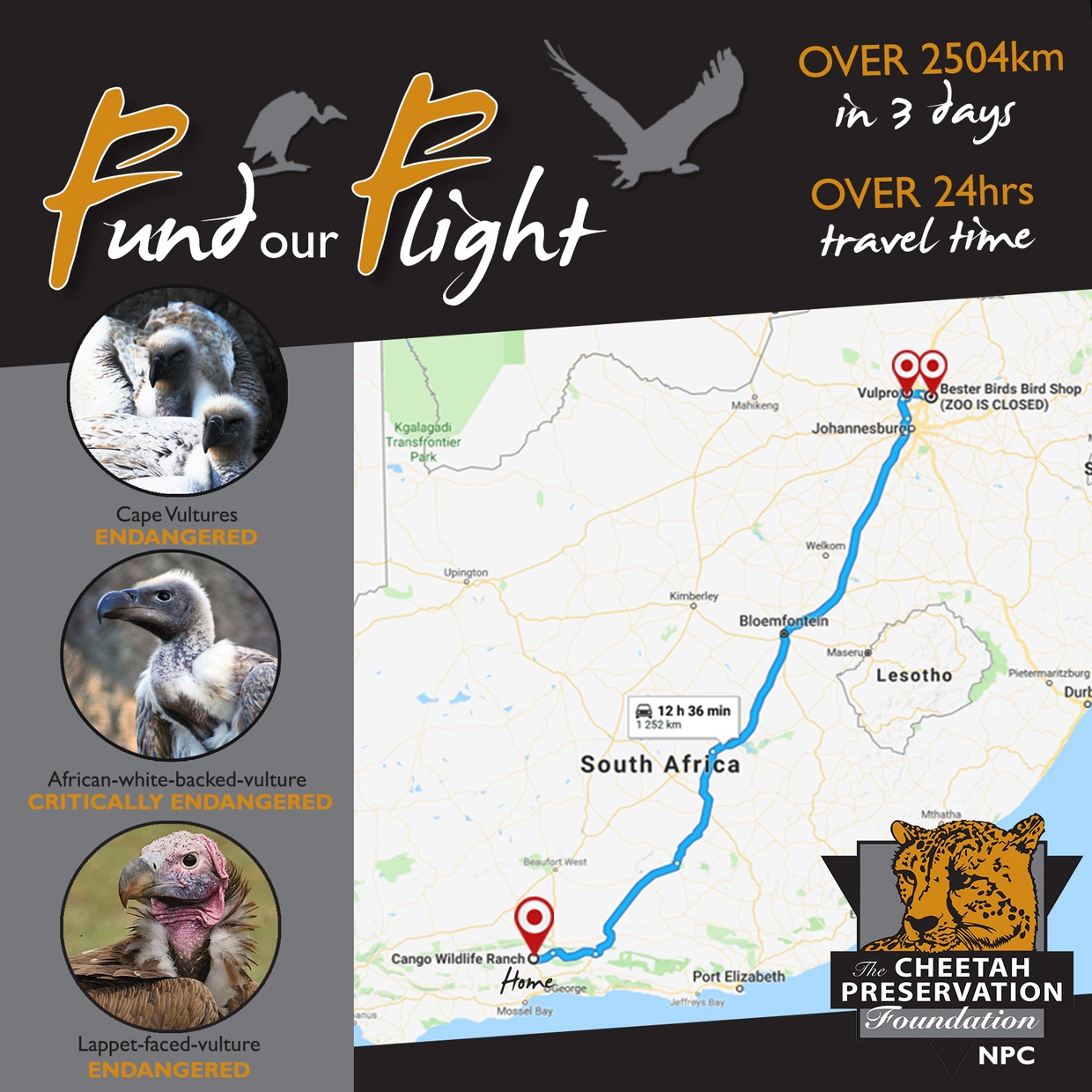 Last but definitely NOT LEAST...

With the recent National Vulture Awareness Day (1 September) still top of mind, and to honor to his departing boys; Delano has launched a 48 hour campaign to highlight the species. Commencing on Friday, 5 October, Delano will be joining the vultures in their enclosure for 2 whole days; enduring the scorching midday sun and the icy silent spring nights. Eating, sleeping and co-habitating. Delano will also be engaging with passing tours to share teachings on the plights all whilst paying a farewell tribute to the birds that he has cared for every day for 4 years.

48 hours with his flock. A farewell amongst brothers.

The 2 day campaign is aimed to raise awareness on living in symbiosis with these sorely misunderstood scavengers. Delano will be proving that the negative stigma is far from the truth and that sharing our planet is much easier than most would like to believe. Without vultures… pests would raid, disease would spread, our waters would become contaminated and the whole ecosystem would be compromised.