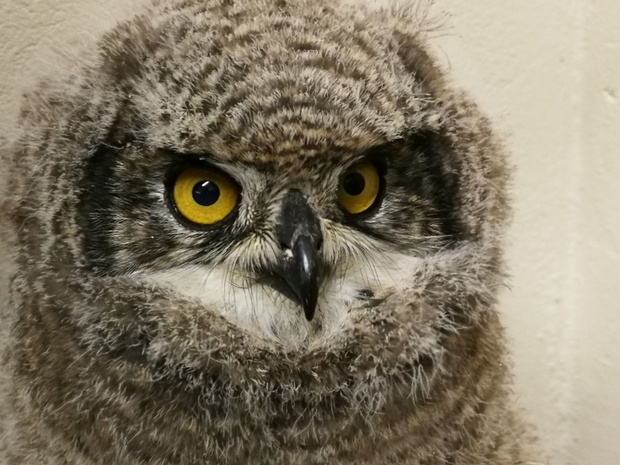 Indeed, if humans were as wise as owls there would be more wildlife gliding silently through the night, undisturbed and not found injured, abandoned or worse… 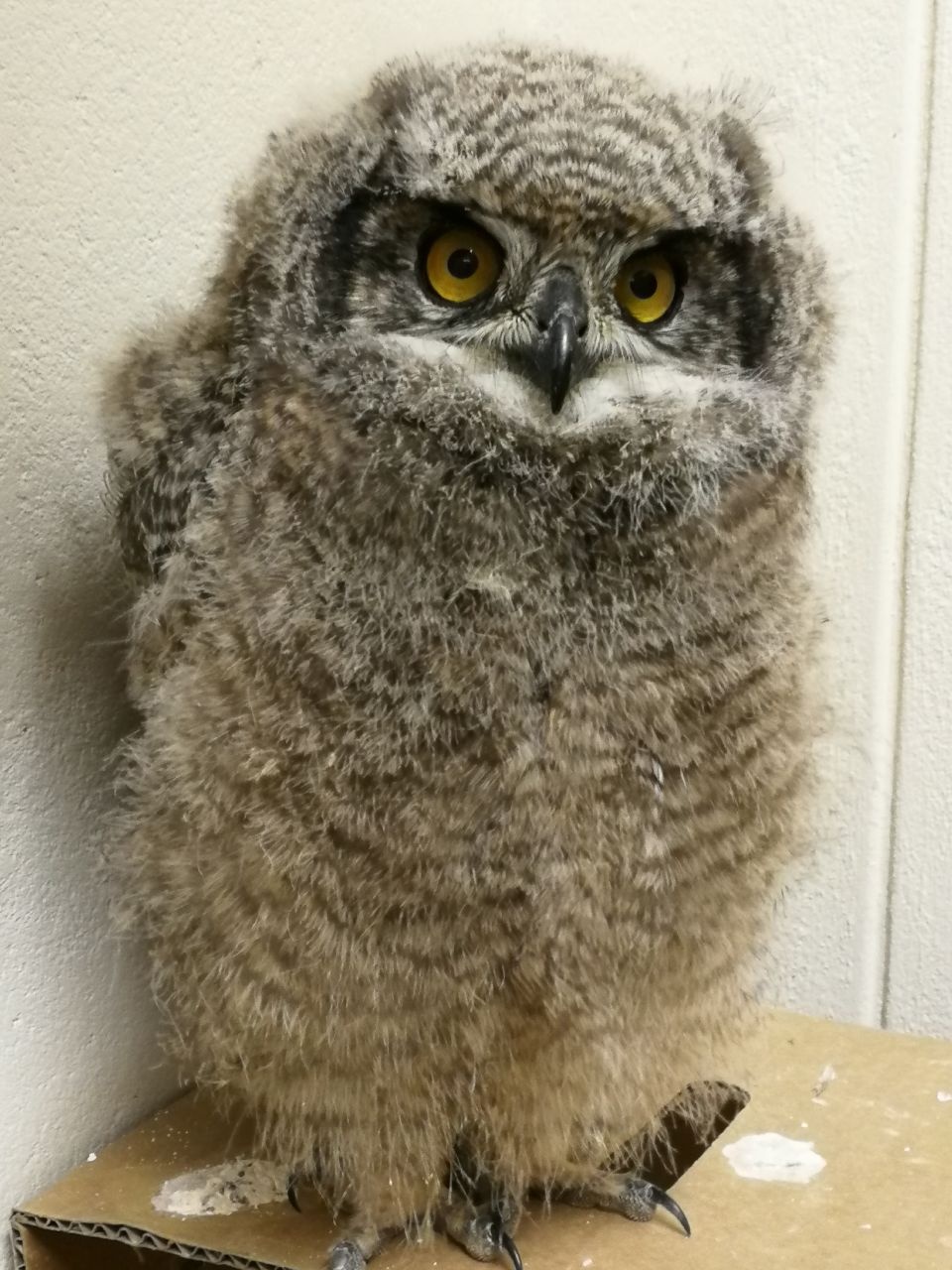 The story of our Two little owlets…

Two bright-eyed Cape Eagle Owlets were delivered to the animal care team at Cango Wildlife Ranch after they were almost mauled by dogs. The facility boasts an Animal Care Centre, which has since it’s erection in 2014, been a lifeline for species from all over the world, including the recent Red-Tailed Tropicbird found in Calitzdorp.

The little night dwellers received a six-course meal every day for months consisting of rodent-ala-king which they swallowed whole with the hair and bones to be coughed up later in the form of pellets – a very normal cuisine for these raptors.

A very important factor when working towards the release of an animal is to ensure as little human contact as possible – animals may become dependent on their human caretakers, which is what you don’t want. Sadly, humans should be the one species they should be wary of. The owlet’s caretakers knew they could only be released back into the world once they could fly and hunt by themselves. To be able to fly, the feathers on their wings needed to mature first. As far as hunting goes, they were doing great… “They would often pounce on us during feeding time, just like they would when hunting naturally”, Narinda Beukes, Zoological Director, Cango Wildlife Ranch.

Owlets also learn how to fly by instinct, therefore the only way the caretakers could assist the owlets to earn their stripes was to move them to a larger enclosure, specifically dedicated for this purpose, where they could practice without injury.

Why we need owls more than they need us

Any farmer knows that an owl on the farm is an asset. Owls are eco-friendly pest control, hunting rodents that would otherwise cause chaos in barns, storerooms, and crops. They are of high importance to the ecosystem and without them, the natural balance will spiral out of control to the wrong side. The saying goes – “remove a predator from an eco-system and see the whole system collapse.”

When the two rescued owlets received their “pilot’s license” at last, it was time to leave their nest for the second time, this time better prepared. It was a jubilant day when the animal care team at Cango Wildlife Ranch gave the now matured owls the biggest gift of all… freedom! 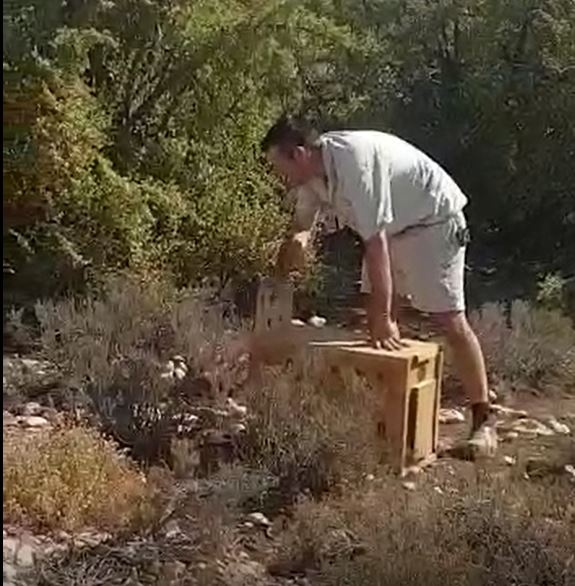 The owls were released near the owl-pilot training enclosure they called home for the past couple of months. With a flip and a flap, they were off to embrace their new adventure in the wild. Had it not been for the kindness of the responsible rescuer and the knowledgeable Cango Wildlife Ranch Team, these two puffy feathered babies would probably not have made it this far if at all.

But now we know they’ll be ‘owl right.’

Do you give a hoot?

DO use eco-friendly rat traps instead of poison like these innovative ideas from companies like Ecosolutions: http://ecosolutions.co.za/pest-control/non-toxic-rodent-control

DO move roadkill off the roads to prevent traffic hitting opportunistic birds of prey.

DON’T pick up or remove chicks from their nests or close to their nests when they are not in immediate danger. The mother will probably return and there is no better caretaker than her.

DO bring chicks to accredited animal care centers when the mother does not return or when they are in immediate danger by pets or other threats.

DON’T try to rear chicks by yourself. Malnutrition and improper handling could damage their bone structure, feathers, and healthy growth.

DO put up owl boxes in safe secure places for the owls to nest in. There are many companies that sell pre-made owl boxes or visit https://africageographic.com/blog/build-owl-box/ to see how to DIY. 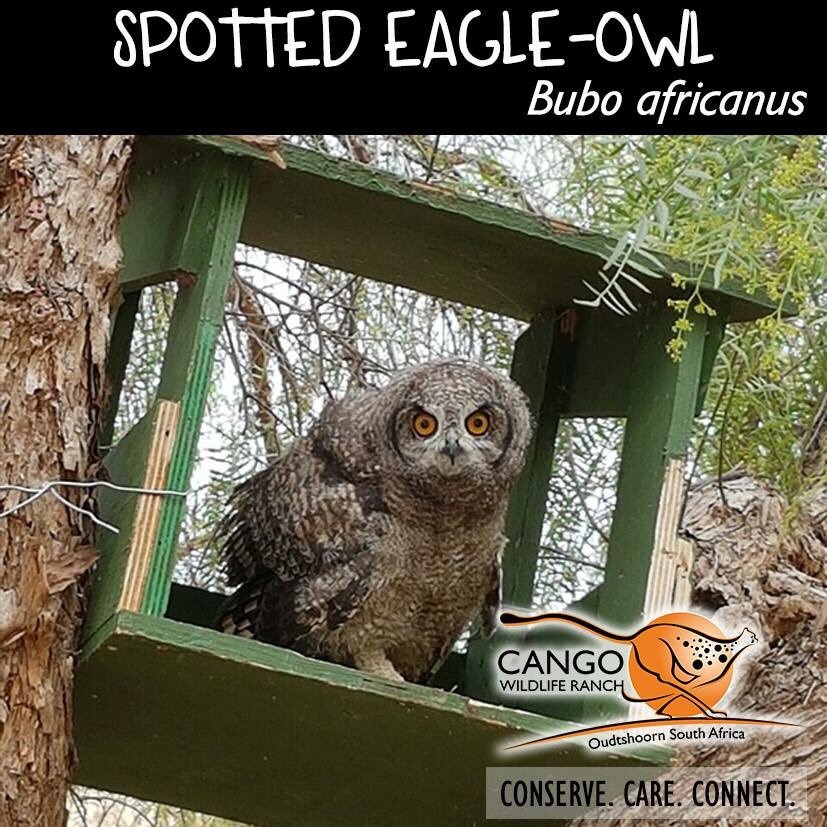