Nothing brings joy like the pitter-patter (and purrs) of new life, which is exactly what we have been blessed with! On 7 November, first-time mom, Sansa (cheetah) gave birth to 4 perfect little bundles of fur at our private reserve.

We have many reasons to celebrate their birth, with their lineage being paramount. Not only do the cubs contribute to helping the world to better understand their species, but the management of their strong and genetically diverse bloodlines make an excellent contribution to the ex-situ population management of the species. Since the inception of the Cheetah Preservation Foundation (non-profit company in 1988) our cheetahs have provided abundant data to the global pool of healthy cheetah management practices, research and education of these species.

Classified as vulnerable, and with estimated wild population numbers dwindling below 7100, this species is running a grueling race for survival. Pressure from climate change, hunting by humans, and habitat destruction are dramatically reducing their wild populations. Cheetahs have a low reproductive success rate and as a species they are not always able to successfully reproduce. With fewer offspring, the population can neither grow nor adapt to changes in their ever-changing, and human encroached wild environments.

Cheetahs are also well-known for facing problems from their own genes, which is specifically what Cango Wildlife Ranch is working on rectifying.  The reason?... genetic analysis of wild cheetahs indicates that the species have survived at least two bottleneck events, one over 100 000 years ago, and another between 10 000 – 12 000 years ago. In biology, a bottleneck event occurs when something happens to sharply reduce the size of the population. The result is that the few remaining individuals end up mating with relatives; which in any species, is referred to as inbreeding. This reduces the size of the gene pool and leads to problems such as decreased genetic variability and the persistence of potentially harmful mutations.

WAZA (the World Association of Zoo’s and Aquaria) is comprised of 300 hand-picked memberships of the top animal facilities in the world of which we are proud to be one. Our primary objective is therefore to focus on vulnerable and endangered species management, so that should there be a collapse in wild populations, we will be able to assist with the strongest attainable bloodlines to help bolster declining species, globally.

Sansa, last minute opted to leave her comfy and secure night quarters and set up nest in a dense but low canopy of Spekboom, where she gave birth. The rain that followed had us all on tenterhooks, but the team monitored them closely and Sansa proved that her amazing maternal instincts far surpassed what she lacked in experience. Known for her strong-willed personality… we are not in the least surprised, but we are indeed proud!

As described by their carers, the three little boys and one girl already have vastly different personalities. Walker, the largest of the 4, is busy and boisterous whilst Wyatt, the smallest of the litter thinks of nothing other than food! Wandile, uniquely dark in his colouring is as friendly as can be. Ironically though, he isn’t a big fan of play-time and would much rather observe his siblings rough-housing from a distance. Willa, the doe-eyed princess of the litter is the second largest of the cubbies, and is proving herself to be feisty and fearless.

The cubs stay with their mom for the first two weeks where they consume enough colostrum to ensure healthy cubs with strong antibodies. The cubs then move to our handraising centre where our experienced team of carers work around the clock to ensure optimal care for the young’uns. In the wild, the survival rate for cheetah cubs is a very low 30%. With 30 years of experience in cheetah conservation, our developed and proven methods, have resulted in a survival rate of more than 90% over the last decade, thus effectively contributing to the population management and preservation of their species in ex situ populations.

After what has been a trialing year, the birth of four healthy cheetah cubs is undoubtedly a reason to celebrate! For us and the species, and we are elated!

See below a link to beautiful and RARE FOOTAGE of mom and cubs: 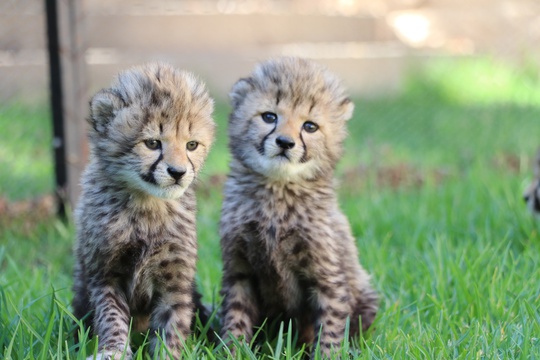 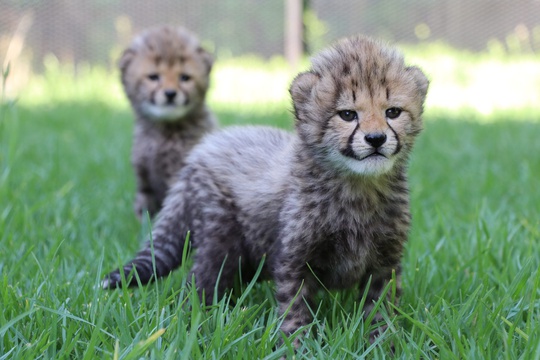