Sebastian and Iago - The story of two brothers 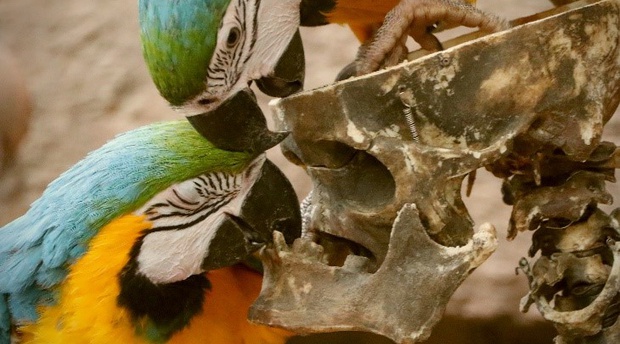 Raising blue and gold macaw chicks comes with its very own unique challenges as our caregivers will attest...

Sebastian and Iago arrived as little chicks in November 2020 and were lovingly raised by our carers. At just a few weeks old, the animal care team quickly realized that these two brothers had bucket-loads of personality and it wasn’t long before everyone was running circles around these typical ‘toddlers’.

Iago’s name was inspired by the fictional supporting character, a scarlet macaw, who appears in Walt Disney’s Aladdin. The character was a minion to the main villain, functioned as a comic relief antagonist, openly vocalizing his frustrations while avoiding direct conflict. The animal team quickly picked up Iago’s impatient tendencies during feeding time as he squawked for his next mouthful when he was kept waiting too long.

Sebastian was derived from ‘Bashful’, because unknowingly to most, parrots can actually blush when excited! Since a mere chick, Sebastian has always been more affectionate and would regularly blush a rosy pink along the white skin of his face when his carers approached him. 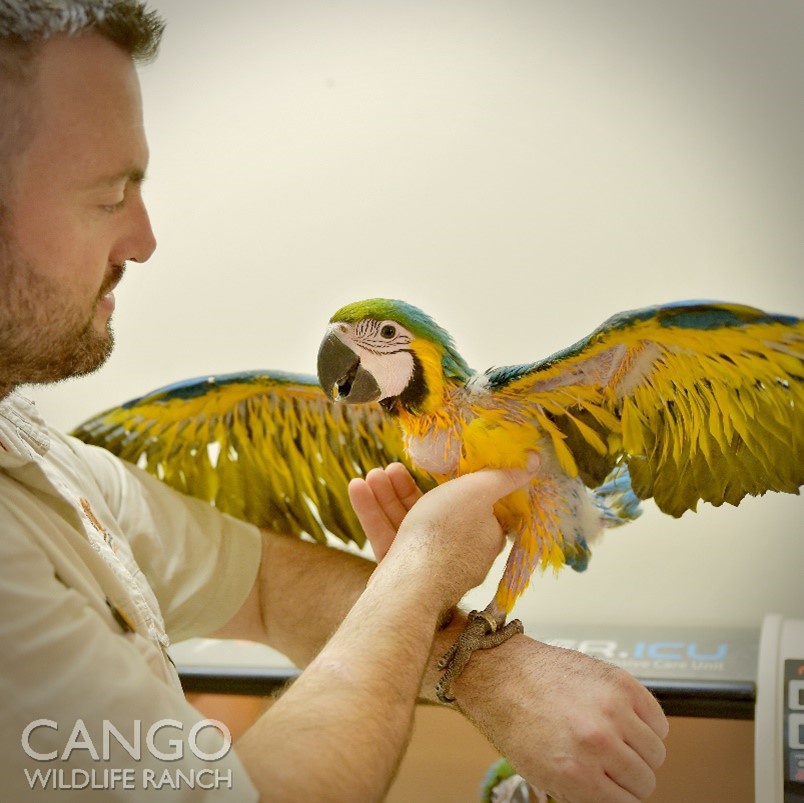 Raising blue and gold macaw chicks comes with its very own unique challenges as our caregivers will attest. As youngsters, they need to be fed nearly as often as human babies, but somehow, human babies seem to be the easier of the two. They are fed with a syringe containing a specialized hand-raising formula. The team had mastered the baby-bird feeding technique on smaller parrots before, but nothing prepared them for the wrath of a hungry macaw! When fed, baby birds will twitch their wings and rapidly bob their head up and down. Baby macaws will do exactly this, but being one of the largest parrot species, this motion is anything but subtle and they do so with the strength of a Pterodactyl. One moment of bad judgement and could result in everything, themselves and the birds included, covered in sticky ‘porridge’! Another characteristic that is amplified in these large parrot babies are their voices. So, the whole Ranch knew exactly when it was feeding time for Sebastian and Iago, even behind the closed doors of the care centre.

Baby birds are cute to look at and easy to love, but it takes an experienced team to care for them in this includes early detection of any underlying issues. At still only a couple of months old, Sebastian got terribly ill, right before Christmas 2020. The illness was something unavoidable by the animal care team, but thankfully it was detected very quickly and Delano Mulder, head curator of the mammals and birds, rushed Sebastian to a veterinary clinic in George where he was met by Dr Elke. She too was charmed by Sebastian’s affectionate personality, so much so, that she even offered to drive through to Oudtshoorn during the holiday season should Sebastian not recover fully after initial treatment. Luckily, Sebastian made a full recovery shortly thereafter and he was back to his delightful self. 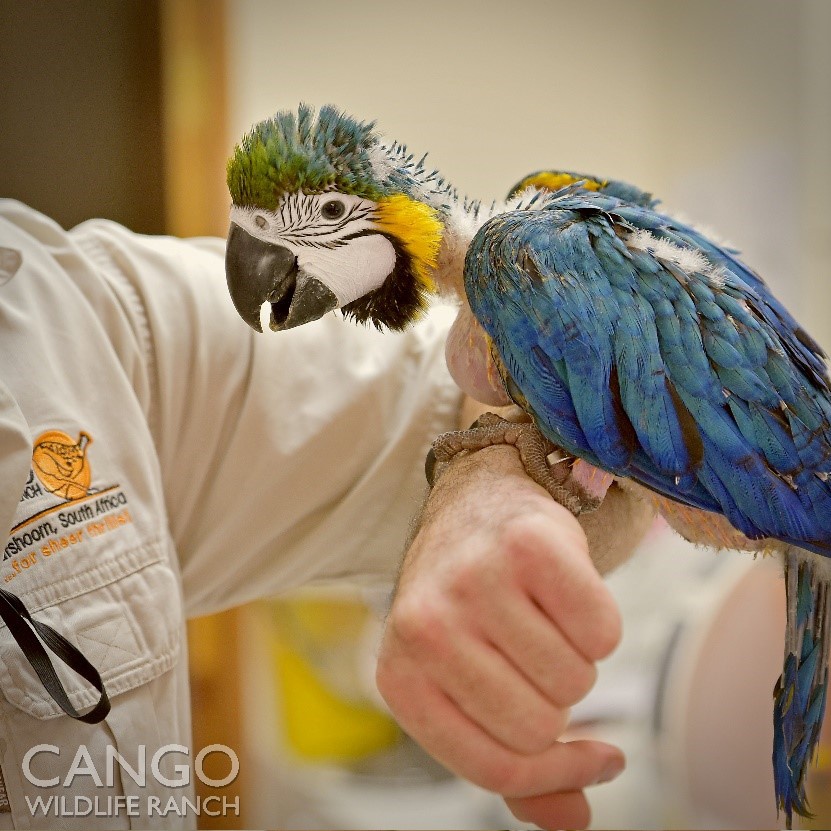 This however was not the end of Sebastian’s tale. Still, only at a couple of months old, him and Iago were making great strides in strengthening their wings. Flapping about all over the show. Our animal team saw no signs of flight quite yet, and accordingly to the ‘book’ we had nothing to worry about either. Adamant to prove us wrong, during an enclosure clean-up, Sebastian snuck past his carers and stretched his wings once more. He gained some height and seconds later, with the wind beneath his wings, he landed at the top of a massive blue-gum tree. So high up, that not even the fire brigade could assist us. Yes, they came out, and we tried. A scared Sebastian sat dead still not knowing what to do while his even more terrified carers watched from waaaay below.

As the wind continued to howl and the sun started to set, we knew that it would be unlikely that he would move till sunrise. To be sure though, one of our caregivers and her family, voluntarily camped next to the tree overnight, taking turns keeping a watchful eye on Sebastian, while yelling words of encouragement to the solitary ‘teen’.

During the night, the wind died down and a peaceful sunrise quickly turned frantic as Sebastian took flight once more towards the residential area. We were baffled at his sudden flying abilities.

With the help of the local press and social media, the wonderful people of Oudsthoorn were wonderful in helping us find our feathered adventurer. 22 hours later we received a call - a resident nearby heard the squawking of a macaw in the opposite region to where we had been searching. The entire team rushed off in the reported direction led by Craig Gouws, the Zoological Manager. First on the scene, Craig spotted Sebastian in the tree! What relief!!! Craig climbed the tree all the way up to Sebastian who happily climbed onto him and together they headed back down. Elated does not begin to describe the relief we felt. Sebastian’s adventure had come to an end, but he seemed happy about it too as he cuddled into his carers. What a community effort it was though – thank you Oudtshoorn!! 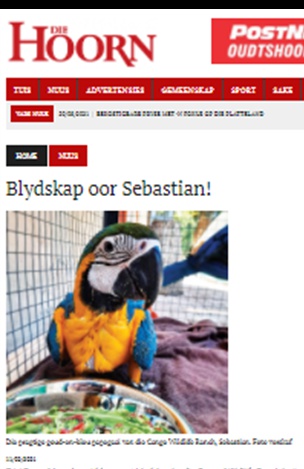 A few months down the line, these two bubbly birds needed some extra training. We called upon an experienced bird trainer to help them and our care team with training techniques that will encourage positive behaviour for their own safety, as well as the safety of our caregivers. Incredibly clever birds, Iago and Sebastian are perfect students. They pick up techniques with speed but like all teens…. They too like to push boundaries. 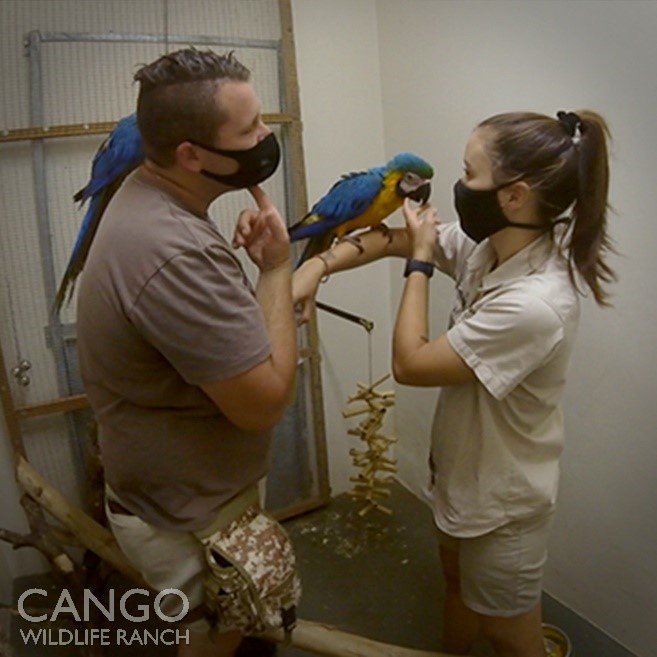 Training of the Blue and Gold macaws went very smooth, as they are highly intelligent birds.

At almost 8 months old, the brothers were old enough to move out from their cradle in the care centre and into their tropical exhibit, ‘Amazonia’. Unfortunately, though, the Amazonia exhibit was placed on ice due to the massive impact that COVID19 had on us and the tourism industry.

Luckily, the Temple in The Valley of Ancients also has a tropical climate and will be suitable until Amazonia is back on the cards. These mischievous macaws are loving their new home. There is so much to see and do and nibble on! And all their favourite carers visit them regularly. Next time you visit the Temple, you might just hear a cheerful welcome from Sebastian, which was also his very first word: ’Hello!’

Please pop in so that you can say ‘hi’ back to Sebastian and while you are there, experience all the wonders of the temple. From our flying fox bats and our rainbow of Malawian cichlids to our friendly blue duiker, beautiful birds and last but not least… our sloths! Yes, you heard right! Stay tuned for more on these incredible furry beings and be prepared to have your heart stolen once more! 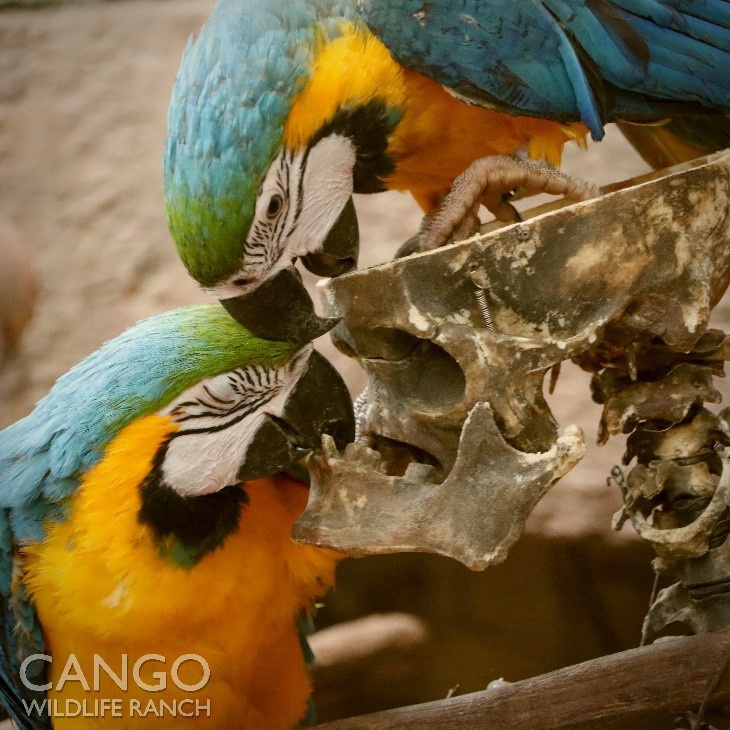 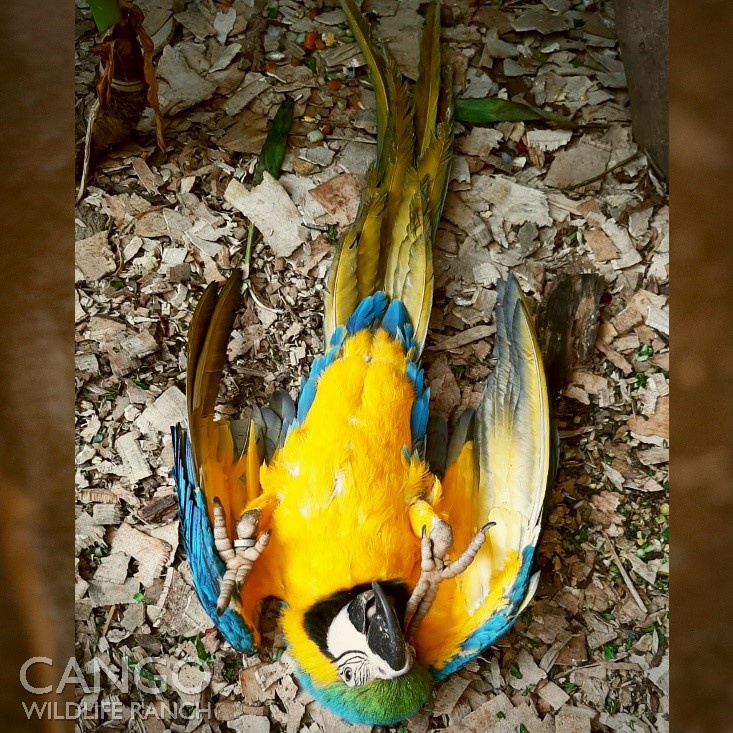 Sebastian begging for a tummy rub from his caregivers. 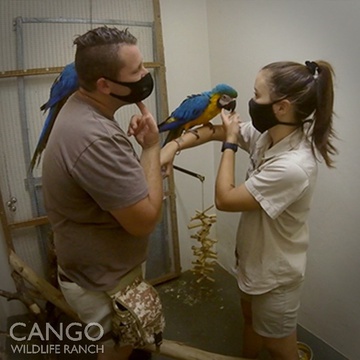 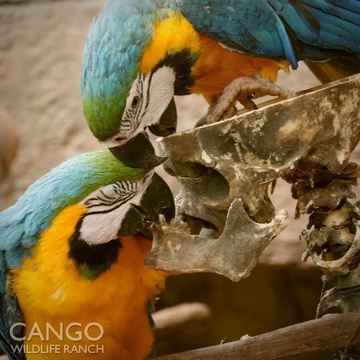 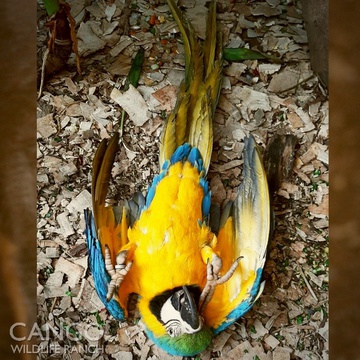 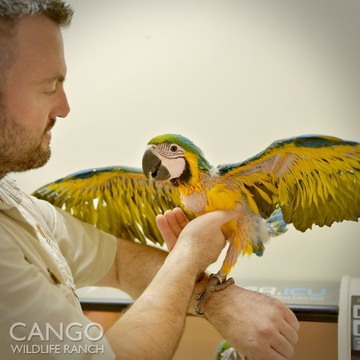 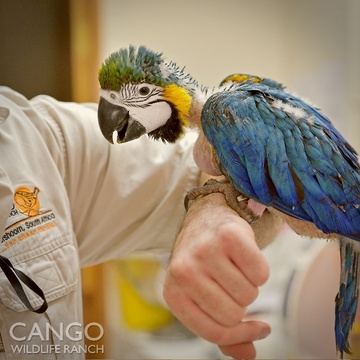