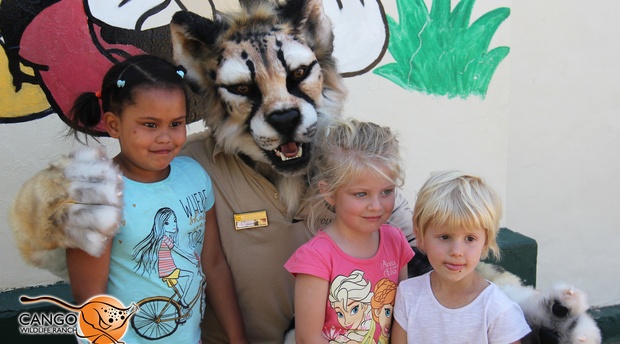 Cango Wildlife Ranch invites wildlife lovers from all over the globe to celebrate the world’s fastest feline on 4 December, International Cheetah Day.

This year marks the sixth anniversary of this special occasion designed to generate awareness for the cheetah, which, with fewer than 10,000 remaining in the wild, is sadly Africa’s most endangered big cat. The Ranch will be extending this celebration spanning it across two weeks.

The cheetah is not only the fastest, but it is also the oldest and sadly, Africa’s most endangered big cat. It has survived more than three million years through the Ice Age and a genetic bottleneck, only to have its numbers decimated by almost 90 percent in the last 100 years. International Cheetah Day serves to remind us that the cheetah, like all wildlife, is a treasure of our planet and its survival depends on human conservation action and celebrating this day is a way to remind ourselves of this duty.

The role of accredited zoos has never been more important. With the world losing countless species each year. Being a leader in conservation and education, Cango Wildlife Ranch (CWR) will be celebrating 30 years of existence in Feb 2017. This longstanding facility boast one of the oldest and largest cheetah breeding centres in the world and has the highest survival rate of any cheetah institution registered on the International Studbook. The Ranch takes enormous pride in the practices they have in place to ensure high survival rates with the primary focus of raising strong and healthy genetically diverse ambassador cheetah.

The Ranch is one of the most forward thinking and innovative zoological facilities in Africa. They are one of only a few facilities in South Africa to be accredited through PAAZA (The Pan-African Association of Zoos and Aquaria) and proudly hold a membership with WAZA (The World Association of Zoo’s and Aquariums) which is by invitation only to the best facilities around the globe. In October the Ranch was named a ‘provincial Visitor Experience: Wildlife Encounters Award winner’ in the Western Cape at the Lilizela Tourism Awards 2016, honouring best-in-industry Wildlife Encounters within the Western Cape.

All the way from Belgium, JF is a returning Wild Animal Volunteer who never leaves the Ranch without leaving a massive impression. His inventive and amazing Cheetah Mascot suits always bring TONS of laughs to not only staff and public at the Ranch, but also when visiting local pre-primary schools together with other staff and volunteers in order to educate and entertain them on some cheetah facts. This year the entire WAV department put shoulder to the wheel to make this celebration week memorable and fun to create awareness around International Cheetah Day (week). Kids and adults alike got their faces painted cheetah style and staff sported crafty cheetah ears.

Donate R10 towards the Cheetah Preservation Foundation and stand a chance to win a CPF Membership whereby you can adopt a cheetah or one of the Ranch’s other incredible ambassador species.