Lizards, a widespread group of squamate reptiles, range across all continents with the exception of Antarctica and there are an astonishing 6000 different species worldwide! They range in size, from tiny chameleons and geckos to the 3 meter long Komodo dragon.

Today, 14 August, is World Lizard Day and there couldn’t be a day more suited to highlight these incredible creatures and to introduce you to our newest Cango additions… We welcome 2 pairs of species, The Green (Common) Iguana and the Mexican Beaded Lizard.

The first thing you will notice about this handsome pair of iguanas… is that one is most certainly not green! Ironically, Green Iguana’s can sometimes be brown or almost black in colour, and some adults take on an orange and pink colouration, often during specific times of the year. Male Green Iguanas can grow up to 2m in length and can weigh up to 8kg . Females can also reach the same length but seldom exceed 5kg. 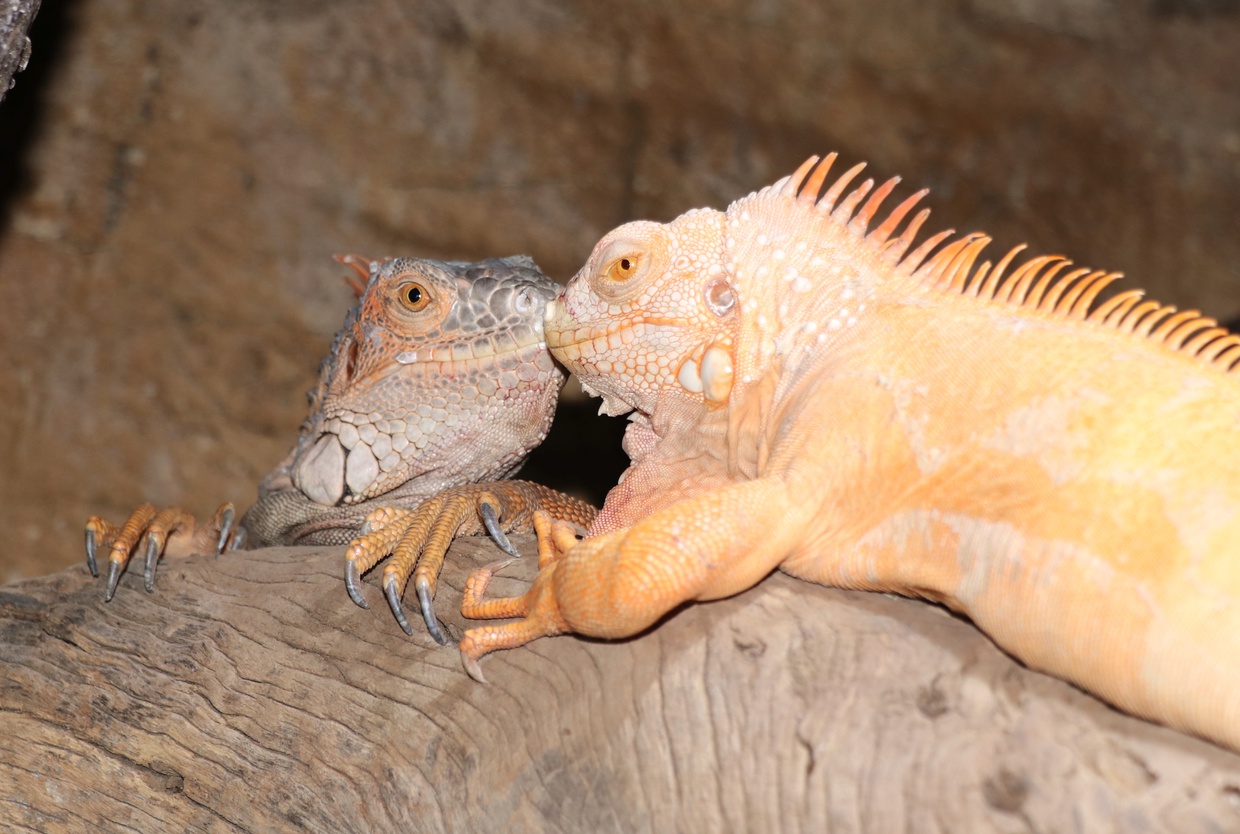 These iguanas are much loved by ‘herpers’ as they are one of the larger lizard species, famous for their dragon-like appearance. Although stouty in appearance, they are fast and agile, and have been clocked to run 35km per hour! They are  excellent swimmers, tolerating both salt and freshwater and can submerge themselves for up to 4 hours at a time. They have a row of spikes down the centre of the neck, back, and upper portion of the tail, and have dark black rings on the tail as well. Mature male iguanas develop heavy jowls and a throat fan (or dewlap) that are much larger than those of female iguanas. Larger throat fans can make male iguanas appear bigger, repel rivals and warn predators. The throat fan can also help iguanas regulate body temperature.

They feed on a wide variety of vegetation, including shoots, leaves, blossoms and fruits of plants. Sometimes, they even feed on bird eggs and carrion.
Their native range extends from Central America to the tropical parts of South America and some eastern Caribbean islands. They are however invasive to the United States, specifically Florida, The Virgin Islands, Hawaii and Rio Grande Valley of Texas.
This pair can be seen in the corner exhibit in our Turtles Restaurant. They are mesmerizing reptiles, intricate yet intimidating in appearance, it is easy to see why they spark as much interest as they do!

Covered in bead-like scales, the Mexican Beaded Lizard and its cousin, the Gila Monster, are the only two lizard species that have this beady appearance; and they have another claim to fame: They're the only two species of venomous lizard in the world! Unlike venomous snakes, beaded lizards can't forcefully eject the toxin from their venom glands; instead, they have to chew the venom into their victim.

They too can grow quite large, to about 1 metre in length and they can grow quite plump as they stock up on food and use their stocky tail for fat storage.

The Mexican Beaded Lizard is carnivorous, and its menu is broad, featuring young rabbits and rodents, birds, lizards, frogs, eggs (snake, lizard and bird), insects, earthworms and carrion. While beaded lizards find much of their prey on the ground surface, sometimes they go that "extra mile" to find a tasty morsel; the lizards use their powerful limbs to dig into the ground or climb trees in search of elusive prey.

Beaded lizards eat just a few large meals seasonally, which means they don't have to spend a lot of time foraging. In fact, they spend more than 95% of their time hidden in shelters, like rocky crevices or burrows and come out to forage when temperatures are "just right".

Sadly these lizards are listed as threatened, mainly due to habitat loss/human development. They also suffer from illegal collection.

We are so excited to welcome these unique creatures into our animal family, and their new home is in our snake park. Be sure to pop in and admire them in all their glory during your next visit.

So don’t forget, today is all about the Lizard! If one happens to cross your path, thank it for its duty in insect control, its peaceful and docile nature, and for being a humble and handsome reptilia. 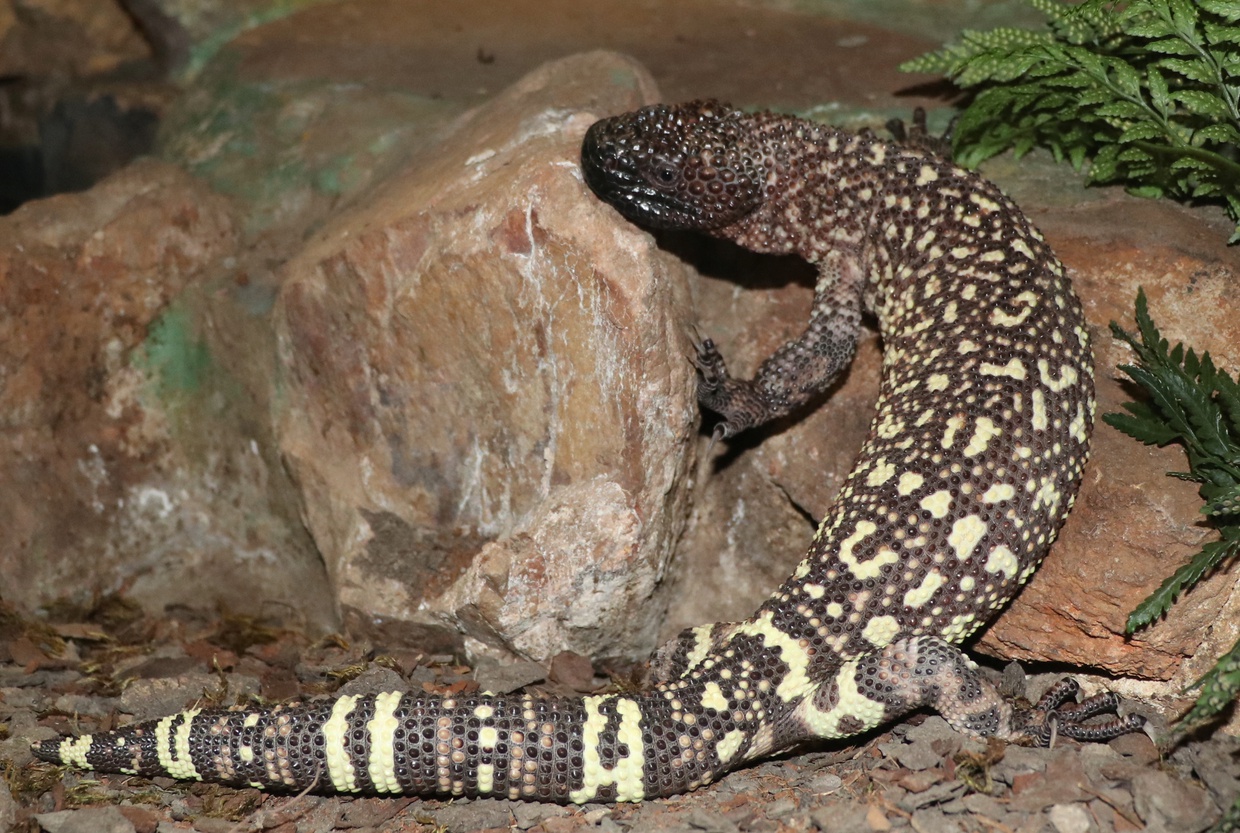